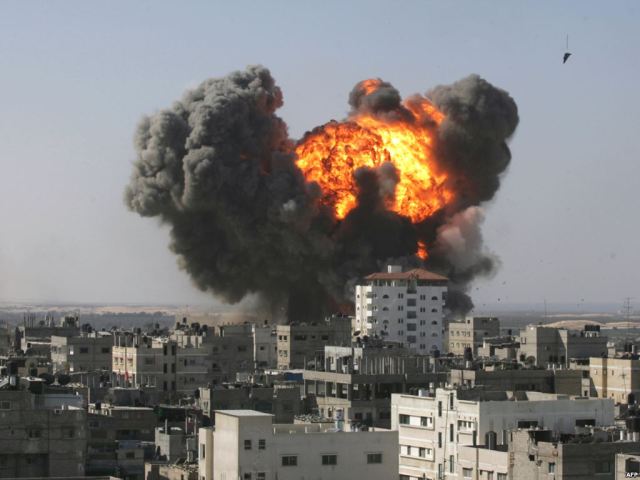 Three. That is the number of times Israel has fought Hamas since 2007, when the terror group seized control of the Gaza Strip. There was Operation Cast Lead in 2008, Operation Pillar of Defense in 2012, and now Operation Protective Edge in 2014. In all three cases the story has been the same: Israel is attacked; Israel responds; Israel is condemned; Israel ceases fire. Hamas is weakened. Hamas recovers. The rockets return. Rewind and repeat.

The latest ceasefire has just been announced. Still, Prime Minister Netanyahu says the war won’t end until the tunnels Hamas uses to attack Israel are destroyed. After that, one presumes, the Israelis will withdraw. And then? We know the answer. Hamas will rebuild. Hamas will rearm. Hamas will dig. Hamas will kill.

This isn’t speculation. Inciting, arming, digging, and killing are what Hamas does. Theft, murder, terror, hatred, paranoia, propaganda—these are not affects of Hamas. These are not learned behaviors. They are the elements of its DNA.

I understand I am in the minority. “Israel’s ideal outcome,” write Eli Lake and Josh Rogin, “would be for Hamas to capitulate to Israel’s demands to disarm and reform into a defanged version of its current self—a troublesome but manageable part of a larger Palestinian infrastructure.”

That is an “ideal” outcome, indeed. It is not a realistic one.

Hamas capitulate? Its charter reads, “Israel will exist and will continue to exist until Islam will obliterate it.” Hamas disarm? Its patron Qassem Suleimani, head of the Iranian Revolutionary Guards, says, “Disarmament of resistance is a daydream that will only come true in the graveyard.” Hamas reform? Its leader Khaled Meshaal says, “I do not want to live with a state of occupiers.” Hamas defanged? It booby-traps homes, kills children, conceals weapons in schools, builds headquarters under hospitals. A defanged tarantula dies because it cannot kill. A defanged Hamas would die for the same reason.

Writing in Haaretz—the flagship of the Israeli left—historian Benny Morris notes the high cost of regime change in Gaza. Long, polarizing, and bloody, the campaign would “exact a serious price in lives from both Israel Defense Forces soldiers and Palestinian civilians.” Nevertheless, Morris argues, Hamas rule must end.

Why? Because the terrible price in human life is already being paid. It is being parceled out in increments. It is death on an installment plan: a killing here, an act of retaliation there, a mortar attack on one day, an airstrike the next, a war for three weeks, another one three months after that.

Collapse the tunnels or collapse Hamas. Lives will be lost either way. The difference is in the end state. Leave Hamas in charge, and you guarantee the war will resume, and more lives will be lost. Topple Hamas, and you remove the source of the conflict, the first cause of the death and destruction. Lives will be saved over time. 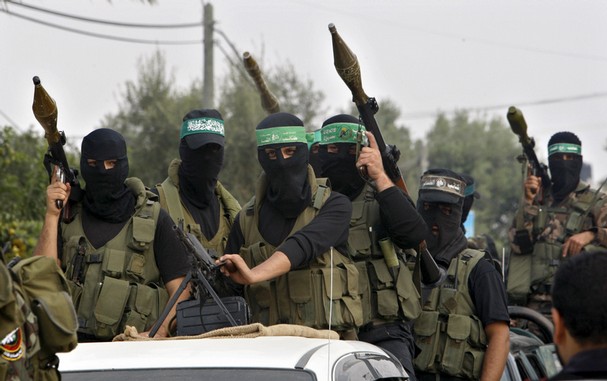 I disagree with Matthew Continetti. I don’t think that destroying Hamas will solve anything. If Israel wants peace they will have to destroy the Palestinian’s will to fight.

Allow me to explain:

Sherman’s March to the Sea is the name commonly given to the military Savannah Campaign in the American Civil War, conducted through Georgia from November 15 to December 21, 1864 by Maj. Gen. William Tecumseh Sherman of the Union Army. The campaign began with Sherman’s troops leaving the captured city of Atlanta, Georgia, on November 15 and ended with the capture of the port of Savannah on December 21. His forces destroyed military targets as well as industry, infrastructure, and civilian property and disrupted the South’s economy and its transportation networks.

Sherman’s “March to the Sea” followed his successful Atlanta Campaign of May to September 1864. He and the U.S. Army commander, Lt. Gen. Ulysses S. Grant, believed that the Civil War would end only if the Confederacy’s strategic, economic, and psychological capacity for warfare were decisively broken.

The current conflict in Gaza is just the latest chapter in a war that started in 1948. Israel has won every battle. If they win the war there will be peace. If they lose, every Jew in Israel will have to flee or die. It’s really that simple.

This war will not end until the Palestinians lose the will to keep fighting it. People act like Hamas is something separate and distinct from the Palestinian population in Gaza. It’s not.

It is regrettable that women and children are dying, but Hamas is 100% responsible for every single violent death in Gaza. There was a 72-hour ceasefire that was supposed to start at 8:00 a.m. local time this morning. That ceasefire barely lasted 3 hours before Hamas launched new attacks on Israel. This was after using the hours prior to the ceasefire to launch numerous rockets.

Israeli Prime Minister Benjamin Netanyahu has the opportunity to achieve something that none of his predecessors could accomplish. He can win a decisive victory over the Palestinians and bring peace to the area.

He should ignore the impotent squawking from Barack Obama, John Kerry, and the United Nations. He should order the IDF to methodically locate and destroy every tunnel and weapons cache in Gaza. Every leader and soldier of Hamas should be captured or killed.

In the first half of the 20th Century we fought two wars against Germany. The first time we failed to achieve a decisive victory, and a couple decades later we had to fight them again. The second time we didn’t stop until the job was done and we’ve been at peace with Germany ever since.

Break their will, then there can be peace. 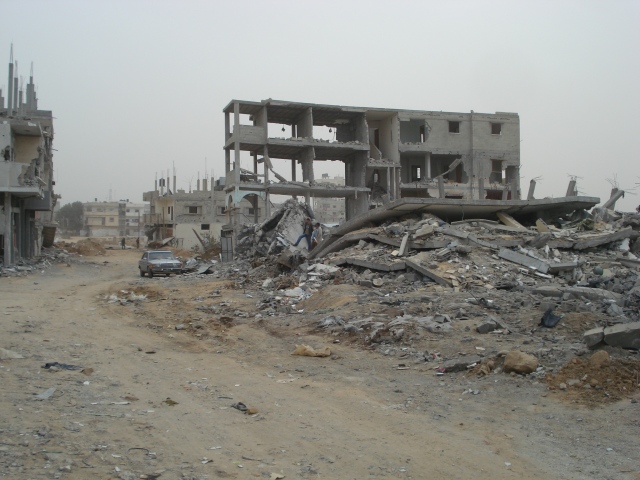 138 Responses to War is Hell