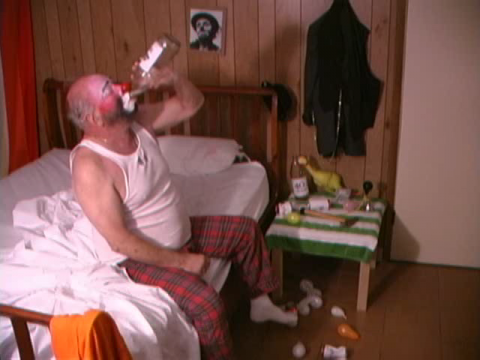 NFL commissioner Roger Goodell admits he was wrong on the Ray Rice decision, and Goodell took an important step Thursday towards showing the league is serious about cracking down on domestic violence as well as sexual assault.

In a lengthy letter sent to every NFL owner on Thursday, Goodell announced enhanced policies and discipline under the personal conduct policy that will result in a six-game suspension for a first offense related to domestic violence or sexual assault and an indefinite ban for a second offense committed by any NFL personnel.

Goodell drew major criticism since the announcement last month that Rice, the Baltimore Ravens running back, would be suspended just two games for striking his then-fiancee at a New Jersey casino and being caught on camera dragging her unconscious body out of an elevator.

“We allowed our standards to fall below where they should be and lost an important opportunity to emphasize our strong stance on a critical issue and the effective programs we have in place,” Goodell wrote in the letter to owners.

“My disciplinary decision led the public to question our sincerity, our commitment, and whether we understood the toll that domestic violence inflicts on so many families. I take responsibility both for the decision and for ensuring that our actions in the future properly reflect our values. I didn’t get it right. Simply put, we have to do better. And we will.”

Goodell’s letter also says the league’s response to domestic violence or sexual assault “will include new elements of evaluation, treatment and family support, as well as enhanced discipline. We will address these issues fairly and thoughtfully, respecting the rights of all involved and giving proper deference to law enforcement and the courts.”

Call me cynical, but I suspect that Goodell’s decision had more to do with public relations than it did with any genuine concern with domestic violence and sexual assault.

I don’t know of anyone who thinks domestic violence and sexual assault are okay. I want to make clear that I am not defending either one. But being against domestic violence does not make this new policy a good idea.

For example, wouldn’t a lifetime ban punish the wives and children of NFL personnel too? Knowing that your husband and the father of your kids will have his earning potential destroyed puts those women between a rock and a hard place.

I have other concerns as well, mostly having to do with proof and due process. Can a player still be suspended if no charges are filed? What if a player is banned for life and then acquitted by a jury? What about the effect of domestic violence diversion programs?

Last but not least, are domestic violence and sexual assault really a problem in the NFL, or is this just a knee-jerk reaction to a single incident?

The problem with reactive policies and laws is they end up invoking the Law of Unintended Consequences.