Swing and a Miss

Still, we continue to face a terrorist threat. We cannot erase every trace of evil from the world, and small groups of killers have the capacity to do great harm. That was the case before 9/11, and that remains true today. That’s why we must remain vigilant as threats emerge. At this moment, the greatest threats come from the Middle East and North Africa, where radical groups exploit grievances for their own gain. And one of those groups is ISIL – which calls itself the “Islamic State.”

Now let’s make two things clear: ISIL is not “Islamic.” No religion condones the killing of innocents, and the vast majority of ISIL’s victims have been Muslim. And ISIL is certainly not a state. It was formerly al Qaeda’s affiliate in Iraq, and has taken advantage of sectarian strife and Syria’s civil war to gain territory on both sides of the Iraq-Syrian border. It is recognized by no government, nor the people it subjugates. ISIL is a terrorist organization, pure and simple. And it has no vision other than the slaughter of all who stand in its way.

I get it. I realize what he was trying to say. For valid political reasons he was attempting to draw a distinction been the Islamic State and the religion we call Islam. But what he said was like trying to distinguish Catholics from other Christian sects by saying that Catholics aren’t Christians.

The Islamic State is most certainly Islamic. They do not represent all Muslims, not even most most of them. But there is a significant portion of the world’s Muslim population that agrees with the ideology and goals of ISIS/ISIL. These people are what we call “radical Islam.”

Radical Islam is at war with the rest of the world, especially that part we call “Western Civilization.” Their ideology is incompatible with democracy, secularism, Christianity, Hinduism, Buddhism, you-name-itism.

They want to restore and expand the ancient Caliphate. That was a theocracy ruled by a single religious leader – a “caliph.” The original caliphs were the direct successors to Muhammad.

The Caliphate spread by armed conquest. The conquered had to convert or die. The law was called “sharia”, which is a combination of the Qur’an (the Word of Allah) and the Hadith (the words and actions of Muhammad).

Islam split into two major sects about 1400 years ago and the two groups have been at was with each other ever since. ISIS/ISIL is made up of Sunnis and they have killed thousands of Shiites in Syria and Iraq. But not all Sunnis support the Islamic State, even if they support the idea of an Islamic state.

What Obama has to deal with is the same problem that his predecessors had to deal with – some American citizens and legal residents are Muslims. So are many of our “friends and allies” in that region. Declaring war on Islam is therefore problematic.

Obama missed an opportunity that he could be uniquely qualified to seize. The Muslims of the world need to make a choice between modernity and savagery. They cannot keep one foot in both worlds. With his Muslim childhood experiences Obama can credibly claim insight into the Muslim world that most of us cannot.

This is the 21st Century, not the 7th. Muslims must accept that civil law is supreme, at least here on Earth. They must renounce terrorism and agree to live in peace with all non-Muslims. They must agree to religious freedom. They must abandon the concept of the Caliphate.

They must stop supporting radical Islam. They must take the lead in eradicating it.

It is not fair to our military to expect them to tell the “good” Muslims from the “bad” ones. Otherwise, when in doubt our troops will have to kill them all and let Allah sort them out.

One last thing: We will not destroy the Islamic State with surgical airstrikes and untrustworthy allies. Sooner or later we will need “boots on the ground.”

Apparently it will be later. 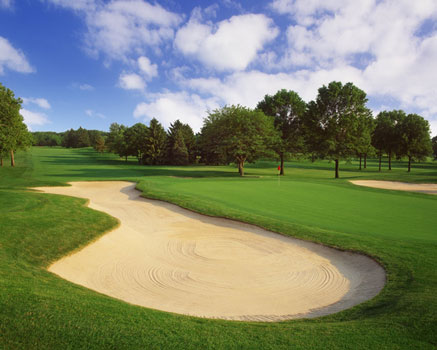 138 Responses to Swing and a Miss