STEM the Tide of Immigration 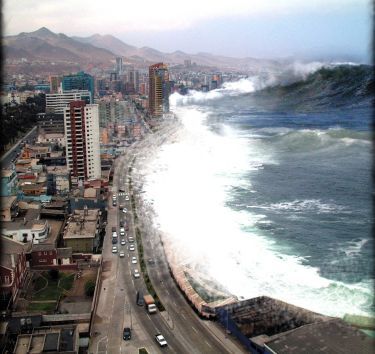 From “The Fate of STEM PhDs (and More)” by Norm Matloff at Normsaysno:

My second item before turning to the NSF report is this job-seekers advice column by Laszlo Bock, Senior VP of People Operations (read “HR”) at Google. (I learned of this from an alert reader, thanks.) The advice itself is good, but rather at odds with the Google/Bock stance on the labor market. Bock writes

The toughest part is that for 15 years, I’ve continued to see the same mistakes [in re’sume’s] made again and again by candidates, any one of which can eliminate them from consideration for a job. What’s most depressing is that I can tell from the resumes that many of these are good, even great, people. But in a fiercely competitive labor market, hiring managers don’t need to compromise on quality. All it takes is one small mistake and a manager will reject an otherwise interesting candidate.

Huh? Does Bock work for the same Google that insists there is a tech labor shortage, so severe that it must hire lots of H-1B visa workers? Indeed, Bock testified to Congress in support of expanding the H-1B program. In fact, in his testimony he talked about Google being in competition with other firms, here and abroad, for talented workers — a huge contrast to his statement above that even great workers are competing with each other for jobs, rather than employers competing to hire them.

Which brings me, at last, to the new NSF report. Keep in mind that the NSF has always been pro-H-1B, and it shows here: The press release headline reads, “Unemployment for Doctoral Scientists and Engineers Below National Average in 2013.” Wonderful! But definitely misleading, for a number of reasons. For example, those who bother to read the actual report will find that the NSF is counting someone as “employed” even if they are working just part-time.

I’ve often mentioned that a 1989 internal NSF report forecast (and spoke approvingly) that an influx of foreign doctoral students would keep PhD wages down, making doctoral study unattractive to Americans. That is exactly what has occurred, as noted in the congressionally-commissioned NRC report in 2001, and put bluntly by Cisco Systems Vice President for Research Douglas Comer: “…a Ph.D. in computer science is probably a financial loser in both the short and long terms, says Douglas Comer” (Science Careers, April 11, 2008).

If having a PhD doesn’t add much value in CS jobs, then why does the industry hire them? As noted, they actually don’t hire so many as they want the public to believe. But the answer also lies in another point I often make about the attractiveness of the H-1B visa to employers — the visa (coupled with sponsorship for a green card, typical in firms like Cisco, Google etc.) renders the worker IMMOBILE, a status of tremendous value, as the employer doesn’t want an engineer leaving for another firm in the midst of an urgent project. This is often pitched to employers by immigration attorneys as the advantage of hiring foreign students; the ad at the site http://hiref-1students.com/ should be required reading for anyone who wishes to understand the real dynamics of the H-1B visa and employer-sponsored green cards.

Supposedly there is a dire shortage of qualified STEM (Science, Technology, Engineering, and Mathematics) employees in this country. So dire, we are told, that there isn’t time to train more young people in those fields and we need to change our immigration laws so STEMs from other countries can come here and work. Or maybe it is that Americans are too stupid and/or lazy to get STEM degrees. Either way, WE MUST OPEN OUR BORDERS!!!

Except there is no shortage. If you are an older STEM employee you better not lose your job, because no one will hire you because, well . . . you’re old. So what if you got a degree and experience and shit? Nobody wants to work with someone who was born before Algore created the internet. You’re not hip and cool.

More importantly, those foreigners work cheaper, and if they give you any shit you can have them deported.

Immigration is a bipartisan issue – BOTH parties are lying to you. Seal up that border and the issue of raising the minimum wage will become moot because wages will automatically go up when workers become more scarce.

Best of all, sealing up that border doesn’t require more government regulation of business and building an effective fence will create “shovel ready” jobs for Americans. 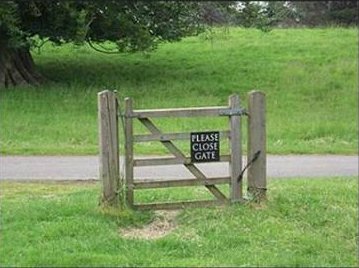 108 Responses to STEM the Tide of Immigration