It Was A Loooooonnnnnnnnnng Night In D.C.

A game that Washington Nationals starter Jordan Zimmermann nearly wrapped up in under 100 pitches somehow turned into the longest postseason game at in MLB history at six hours, 23 minutes. Finally, after 18 grueling innings, which tied Game 5 of the 2005 NLCS between the Altanta Braves and Houston Astros, as the longest postseason in number of innings, Brandon Belt delivered the difference maker. He belted a solo homer to give San Francisco a 2-1 victory and a 2-0 lead in the series.

What will it take to knock the San Francisco Giants off their postseason perch? The Washington Nationals thought they had the answer for 8 2/3 innings Saturday, but one baserunner sent rookie manager Matt Williams into a panic — literally and figuratively — and led him to remove Zimmermann at 100 pitches, just one out short of a shutout.

The decision predictably backfired as frequent postseason heroes Buster Posey and Pablo Sandoval delivered clutch two-out hits off previous postseason goat Drew Storen. Sandoval’s hit was a game-tying double to the left-field corner that nearly ended the game, but Posey was thrown out at home, forcing the game to extra innings.

Tim Hudson pitched a gem, giving up only one run, but got a no-decision on his stat sheet. Jordan Zimmermann pitched even better, but he ended up with nothing to show for it. Yusmeiro Petit pitched six innings of shut-out relief. The Giants used eight pitchers. The Nationals used nine.

Former Giant third baseman and current Nationals manager got ejected along with his starting second baseman. It seemed like half the fans in Nationals Stadium left early. The other half were noisy as hell. The announcers ran out of stuff to say. UFC fans were pissed that the game preempted the fights they wanted to watch.

The night had a happy ending for the SF Giants and their fans. 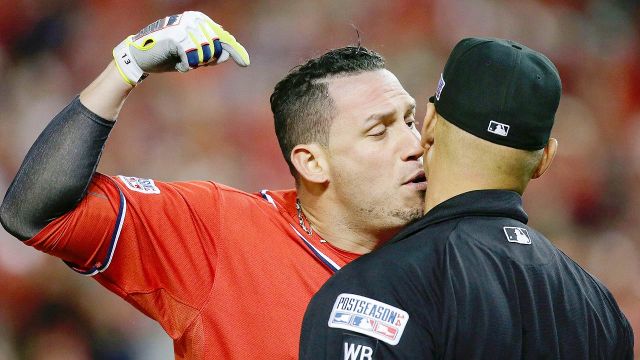 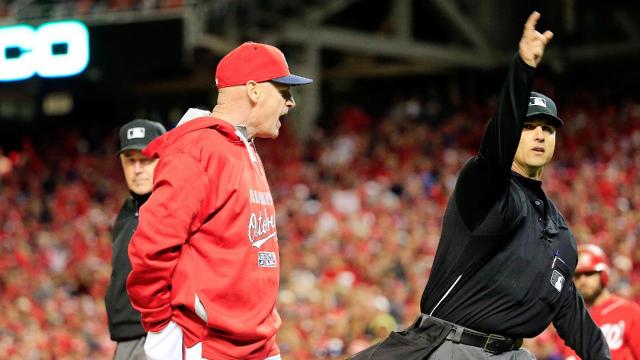 Peaceful coexistence or mutually assured destruction. Your choice.
View all posts by Myiq2xu™ →
This entry was posted in #SFGiants, Baseball and tagged #SFGiants, SF Giants. Bookmark the permalink.

89 Responses to It Was A Loooooonnnnnnnnnng Night In D.C.