Today in History – The Siege of Vienna 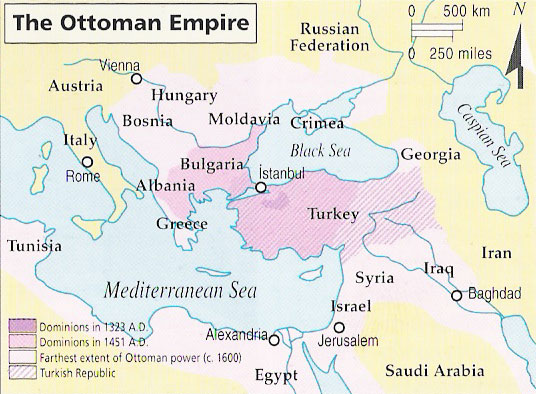 If I say “Vienna” what is the first thing you think of?

Do you think about one of the most important battles in world history?

The Siege of Vienna in 1529 was the first attempt by the Ottoman Empire, led by Suleiman the Magnificent, to capture the city of Vienna, Austria. The siege signalled the pinnacle of the Ottoman Empire’s power and the maximum extent of Ottoman expansion in central Europe. Thereafter, 150 years of bitter military tension and reciprocal attacks ensued, culminating in the Battle of Vienna of 1683, which marked the start of the 15-year-long Great Turkish War.

The inability of the Ottomans to capture Vienna in 1529 turned the tide against almost a century of conquest throughout eastern and central Europe. The Ottoman Empire had previously annexed Central Hungary and established a vassal state in Transylvania in the wake of the Battle of Mohács. According to Toynbee, “The failure of the first [siege of Vienna] brought to a standstill the tide of Ottoman conquest which had been flooding up the Danube Valley for a century past.”[6]

There is speculation by some historians that Suleiman’s main objective in 1529 was actually to assert Ottoman control over the whole of Hungary, the western part of which (known as Royal Hungary) was under Habsburg control. The decision to attack Vienna after such a long interval in Suleiman’s European campaign is viewed as an opportunistic manoeuvre after his decisive victory in Hungary. Other scholars theorise that the suppression of Hungary simply marked the prologue to a later, premeditated invasion of Europe.[7]

More rain fell on 11 October, and with the Ottomans failing to make any breaches in the walls, the prospects for victory began to fade rapidly. In addition, Suleiman was facing critical shortages of supplies such as food and water, while casualties, sickness, and desertions began taking a toll on his army’s ranks. The janissaries began voicing their displeasure at the progression of events, demanding a decision on whether to remain or abandon the siege. The Sultan convened an official council on 12 October to deliberate the matter. It was decided to attempt one final, major assault on Vienna, an “all or nothing” gamble.[16] Extra rewards were offered to the troops. However, this assault was also beaten back as, once again, the arquebuses and long pikes of the defenders prevailed.[17]

It’s a safe bet that there were people alive in 1529 that were born in the final years of the Byzantine Empire, which was conquered by the Ottomans in 1453. Constantinople was the capital of the Byzantine Empire, which had stood for nearly 1000 years after the Fall of Rome. The Ottomans held onto Constantinople until 1922 when their Empire finally fell apart.

Finally, the Christian Orthodox city of Constantinople was under Ottoman control. When Mehmed II finally entered Constantinople through what is now known as the Topkapi Gate, he immediately rode his horse to the Hagia Sophia, which he ordered to be sacked. He ordered that an imam meet him there in order to chant the Shahada, the Islamic creed which declares belief in the oneness of God and acceptance of Muhammad as God’s prophet”[59] This act transformed the Orthodox cathedral into a Muslim mosque, solidifying Islamic rule in Constantinople.

In the years between 1453 and 1529 the Ottomans pushed farther and farther north through the Balkans, conquering what are now Bulgaria and Hungary.

This is the same period when Portugal looked for a sea route around Africa and Spain explored westward, both trying to reach India. The reason they were doing that was that the Ottomans had effectively closed off the historic land routes eastward.

The Ottomans held onto Constantinople until 1922 when their Empire finally fell apart. That also marked the end of the Islamic Caliphate, which began in 632 A.D.

You should keep all this in mind when some idiot tries to tell you that “ISIS is not Islamic” and “Islam is a peaceful religion.”

131 Responses to Today in History – The Siege of Vienna