Bend over, here it comes again:

Hensarling, the House Financial Services Committee Chair whom the pro-amnesty Wall Street Journal touted as the “leading candidate to eventually succeed John Boehner as Speaker,” would “like to see immigration reform that allows more H-1B visas for high-tech workers and also creates a ‘vibrant guest-worker program’ for low-skill workers who want to come here to work in agriculture.” The Journal also noted that Hensarling “believes a good guest-worker program is a form of border security because it allows law enforcement to focus on catching criminals and terrorists: ‘Less hay to find the needles.'” He doesn’t think a “physical wall” is needed “over the entire length of the border.”

As Breitbart News has extensively documented, there is not a shortage of American workers in either the high-tech or low-skilled sectors. And everyone from Sen. Jeff Sessions (R-AL) to Vice President Joe Biden has recognized the importance of high-tech jobs for social mobility. For instance, Biden spoke about the importance of tech and IT jobs in providing “pathways” to the middle class for Americans trying to move up the economic ladder, which will be reduced if there are massive increases in guest-worker visas.”

And Ron Hira, an H-1B expert and public policy professor at Howard University, “has said tech jobs have traditionally provided ‘people who come from working-class backgrounds” a “way of getting into the middle class and the professional class,” and that will be “cut off” if Congress passes legislation to massively increase the number of guest-workers who are allowed into the U.S.

He said this even though there is a surplus of American high-tech workers, and companies like Microsoft have lobbied for massive increases in guest-worker visas while laying off 18,000 American workers.

One of the issues that has been very effective for GOP challengers in both the primaries and in the general election campaign has been opposition to illegal immigration and amnesty. Obama’s manufactured immigration crisis backfired, increasing calls for better border security.

This should be a no-brainer for Republicans. The GOP base and a majority of independents want immigration reform that will stop the constant flood of illegal immigrants across our southern border. Democrats see both short-term and long-term benefits for themselves in immigration “reform” that basically just legalizes every illegal immigrant already in the country.

So why does the GOP leadership keep trying to pass immigration reform that their own voters don’t want?

Whose side are they on? 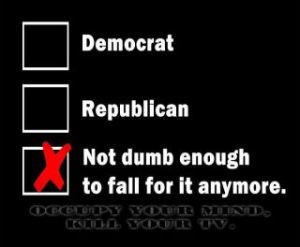