The Horror of Manspreading

Just when you think you’ve seen everything . . .

It is the bane of many female subway riders. It is a scourge tracked on blogs and on Twitter.

And it has a name almost as distasteful as the practice itself.

It is manspreading, the lay-it-all-out sitting style that more than a few men see as their inalienable underground right.

Now passengers who consider such inelegant male posture as infringing on their sensibilities — not to mention their share of subway space — have a new ally: the Metropolitan Transportation Authority.

Taking on manspreading for the first time, the authority is set to unveil public service ads that encourage men to share a little less of themselves in the city’s ever-crowded subways cars.

The targets of the campaign, those men who spread their legs wide, into a sort of V-shaped slouch, effectively occupying two, sometimes even three, seats are not hard to find. Whether they will heed the new ads is another question.

That was not an Onion article. That is not a spoof or (intentional) satire. That was the New York Fucking Times. 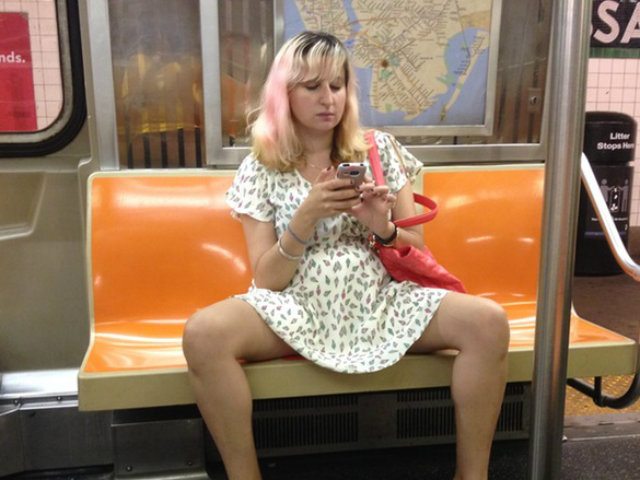 I was born and raised in a different country - America. I don't know what this place is.
View all posts by Myiq2xu - BA, JD, FJB →
This entry was posted in Feminists Gone Wild and tagged Feminists Gone Wild. Bookmark the permalink.

82 Responses to The Horror of Manspreading