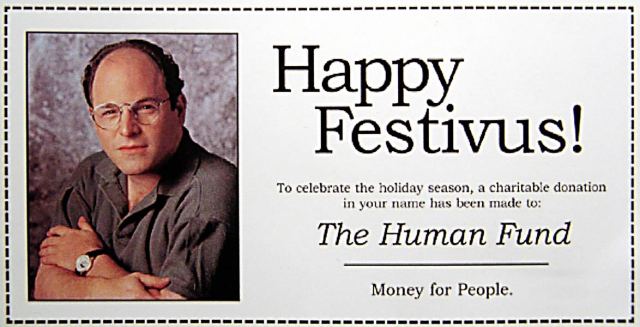 Where did the time go? It seems like just yesterday I was airing my grievances.

Instead of grievances, how about a list of Feminist Face-Plants from 2014?

The “gang rape” hoax at UVA
. . .
Wendy Davis
. . .
Rotherham
. . .
#Shirtstorm
. . .
Hobby Lobby
. . .
The Nine West shoe ad ragefest: Nothing inflames a feminist more than the idea that women primarily want to be wives and mothers. So when Nine West launched a series of ads for stilettos over the summer with such slogans as “starter husband hunting” and “first day of kindergarten,” feminists clutched their pearls so tightly over the supposed damage to women’s “self-esteem” that they nearly decapitated themselves.

The Great Spider-Woman Sexist Derriere Scandal: Feminist ire detonated after the leaking of Italian graphic artist Milo Manara’s comic-book cover showing Spider-Woman clambering over the top of a skyscraper with her behind stuck up in the air. “A male hero would never be placed in the same physical position,” sniffed one commentator. Then it turned out that a male hero — namely Spider-Man himself — had been placed in the exact same position, with his behind stuck up in the air, on the cover of one of his comic books.

F-Bombs for Feminism: Someone actually thought it would help the cause of women to dress up little girls in princess costumes and video them as they dropped the f-word more times than Leonardo di Caprio in “The Wolf of Wall Street.” I kept hoping the voices in this video were dubbed by adults who had the sense not to put foul words into the mouths of children — but no chance.

As you can see, I left out some of the specifics. You gotta go to the link if you want to read them.

The only one I hadn’t heard of was the Nine West thingie. I never posted anything about Spider Woman and I don’t remember if the F-bomb video was front-paged or not, but I’m sure I posted something about it.

That’s a pretty embarrassing list. I’m pretty sure I could add to it without much effort. Lena Dunham and the Democrat War on Women were both major fiascoes. So was Debbie Wasserman-Schultz. #YesAllWomen and Beyonce’s underwear feminism were bad too.