What a load of crap:

Consuming 80 percent of California’s developed water but accounting for only 2 percent of the state’s GDP, agriculture thrives while everyone else is parched.

“I’ve been smiling all the way to the bank,” said pistachio farmer John Dean at a conference hosted this month by Paramount Farms, the mega-operation owned by Stewart Resnick, a Beverly Hills billionaire known for his sprawling agricultural holdings, controversial water dealings, and millions of dollars in campaign contributions to high-powered California politicians including Governor Jerry Brown, former governors Arnold Schwarzenegger and Gray Davis, and U.S. Senator Dianne Feinstein.

The record drought now entering its fourth year in California has alarmed the public, left a number of rural communities without drinking water, and triggered calls for mandatory rationing. There’s no relief in sight: The winter rainy season, which was a bust again this year, officially ends on April 15. Nevertheless, some large-scale farmers are enjoying extraordinary profits despite the drought, thanks in part to infusions of what experts call dangerously under-priced water.

Resnick, whose legendary marketing flair included hiring Stephen Colbert to star in a 2014 Super Bowl commercial, told the conference that pistachios generated an average net return of $3,519 per acre in 2014, based on a record wholesale price of $3.53 a pound. Almonds, an even “thirstier” crop, averaged $1,431 per acre. Andy Anzaldo, a vice president for Resnick’s company, Wonderful Pistachios, celebrated by showing the assembled growers a clip from the movie Jerry Maguire in which Tom Cruise shouts, “Show me the money,” reported the Western Farm Press, a trade publication. At the end of the day, conference attendees filed out to the sounds of Louis Armstrong singing, “It’s a Wonderful World.”

Agriculture is the heart of California’s worsening water crisis, and the stakes extend far beyond the state’s borders. Not only is California the world’s eighth largest economy, it is an agricultural superpower. It produces roughly half of all the fruits, nuts, and vegetables consumed in the United States—and more than 90 percent of the almonds, tomatoes, strawberries, broccoli and other specialty crops—while exporting vast amounts to China and other overseas customers.

But agriculture consumes a staggering 80 percent of California’s developed water, even as it accounts for only 2 percent of the state’s gross domestic product. Most crops and livestock are produced in the Central Valley, which is, geologically speaking, a desert. The soil is very fertile but crops there can thrive only if massive amounts of irrigation water are applied.

California is caught between the lessons of its history and the habits of its political economy. Droughts of 10 years duration and longer have been a recurring feature in the region for thousands of years, yet a modern capitalist economy values a given commodity only as much as the price of that commodity. Current pricing structures enrich a handful of interests, but they are ushering the state as a whole toward a parched and perilous future.

It goes on like that for quite a bit more. It’s all crap. I’ve been living here all my life, and I know bovine excrement when I smell it.

This is the author:

Mark Hertsgaard has reported on politics, culture and the environment from more than 20 countries and has authored six books, including HOT: Living Through the Next Fifty Years on Earth, which will appear in paperback April 17.

Surprise, surprise, he’s a tree-hugger. “Wah, wah, the farmers are using too much water! Farmers are killing the Delta smelt!”

I grew up in the central San Joaquin Valley during the 1950s. In those days, some old-timers remembered with fondness when the undammed Kings River’s wild, white water would gush down into the sparsely populated valley. But most Californians never had such nostalgia. Past generations accepted that California was a growing state (with some 20 million people by 1970), that agriculture was its premier industry, and that the state fed not just its own people but millions across America and overseas. All of that required redistribution of water—and thus dams, reservoirs, and irrigation canals.

For 50 years, the state transferred surface water from northern California to the Central Valley through the California State Water Project and the federal Central Valley Project. Given these vast and ambitious initiatives, Californians didn’t worry much about the occasional one- or two-year drought or the steady growth in population. The postwar, can-do mentality resulted in a brilliantly engineered water system, far ahead of its time, that brought canal water daily from the 30 percent of the state where rain and snow were plentiful—mostly north of Sacramento as well as from the Sierra Nevada Mountains—to the lower, western, and warmer 70 percent of the state, where people preferred to work, farm, and live.

Everyone seemed to benefit. Floods in northern California became a thing of the past. The more than 40 major mountain reservoirs generated clean hydroelectric power. New lakes offered recreation for millions living in a once-arid state. Gravity-fed snowmelt was channeled into irrigation canals, opening millions of new acres to farming and ending reliance on pumping the aquifer. To most Californians, the irrigated, fertile Central Valley seemed a natural occurrence, not an environmental anomaly made possible only through the foresight of a now-forgotten generation of engineers and hydrologists.

Just as California’s freeways were designed to grow to meet increased traffic, the state’s vast water projects were engineered to expand with the population. Many assumed that the state would finish planned additions to the California State Water Project and its ancillaries. But in the 1960s and early 1970s, no one anticipated that the then-nascent environmental movement would one day go to court to stop most new dam construction, including the 14,000-acre Sites Reservoir on the Sacramento River near Maxwell; the Los Banos Grandes facility, along a section of the California Aqueduct in Merced County; and the Temperance Flat Reservoir, above Millerton Lake north of Fresno. Had the gigantic Klamath River diversion project not likewise been canceled in the 1970s, the resulting Aw Paw reservoir would have been the state’s largest man-made reservoir. At two-thirds the size of Lake Mead, it might have stored 15 million acre-feet of water, enough to supply San Francisco for 30 years. California’s water-storage capacity would be nearly double what it is today had these plans come to fruition. It was just as difficult to imagine that environmentalists would try to divert contracted irrigation and municipal water from already-established reservoirs. Yet they did just that, and subsequently moved to freeze California’s water-storage resources at 1970s capacities.

There is a whole bunch more and you really should go read it.

I live in Merced. The town and county are both named for the river, which was originally called “El Rio de la Nuestra Senora de Merced” which is Spanish for “The River of Our Lady of Mercy.” See, the first Spanish explorer to reach this area made the mistake of coming at the end of summer. The Native American tribes could have told him that was a bad idea, but they had all skedaddled up to the mountains already.

Back in 1809 Lt. Gabriel Moraga and his party were dying of thirst and oppressive heat when they stumbled across what was then a cool stream of water. If they had showed up in March it would have been a roaring river. The Merced River starts up in Yosemite and eventually empties into the San Joaquin River, or at least it used to.

The Spaniards didn’t have much use for this valley. They built a few ranches and let cattle wander around grazing on the local grasses. The Mexicans weren’t here long enough to make a difference. They considered California to be a crappy place to live because it was so far away from Central Mexico. (Remember those Zorro movies?)

Americans showed up here during the Gold Rush and some of them realized there was more than one kind of gold in the Golden State. They started farming the San Joaquin Valley.

Two things made agriculture viable here in the Central Valley (Sacramento + San Joaquin): the railroad and irrigation. They built dams to control the flooding and dug canals to irrigate the crops. The hydroelectric dams and recreation lakes came later.

If the Sierra Club had its way they would restore California to its original “pristine” state. If that happened this state would be sparsely populated and all the major cities would be ghost towns.

The environmentalists took a fertile garden in the sun and transformed it into a vast wasteland. Ironically, they took a place that was green and turned it brown, and Jerry Brown was a key player in that transformation.

Environmentalists are choking the life out of California. My grandparents moved out here from Kansas during the Dust Bowl. Now I’m living in one. That’s why I’m thinking of moving to Indiana. 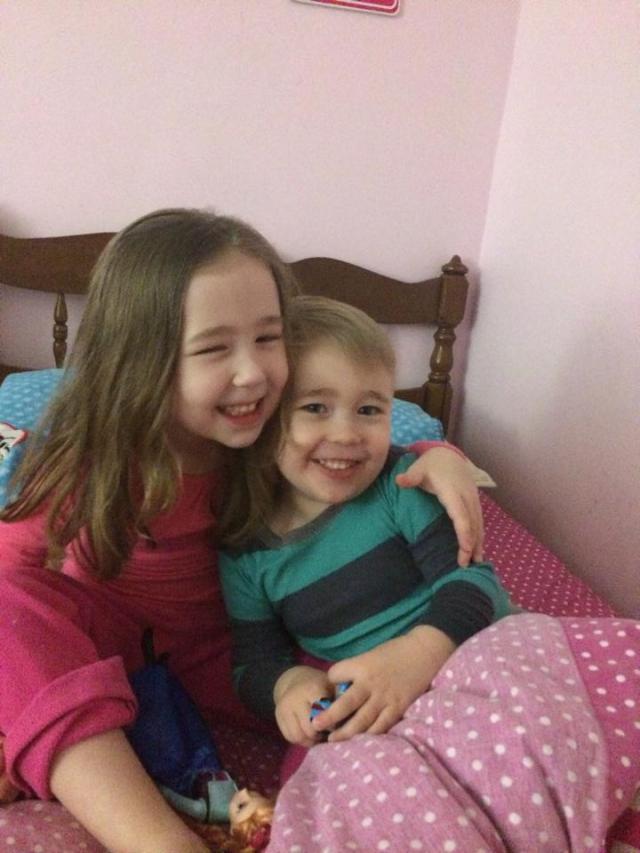 62 Responses to Environmentalists Are Killing California