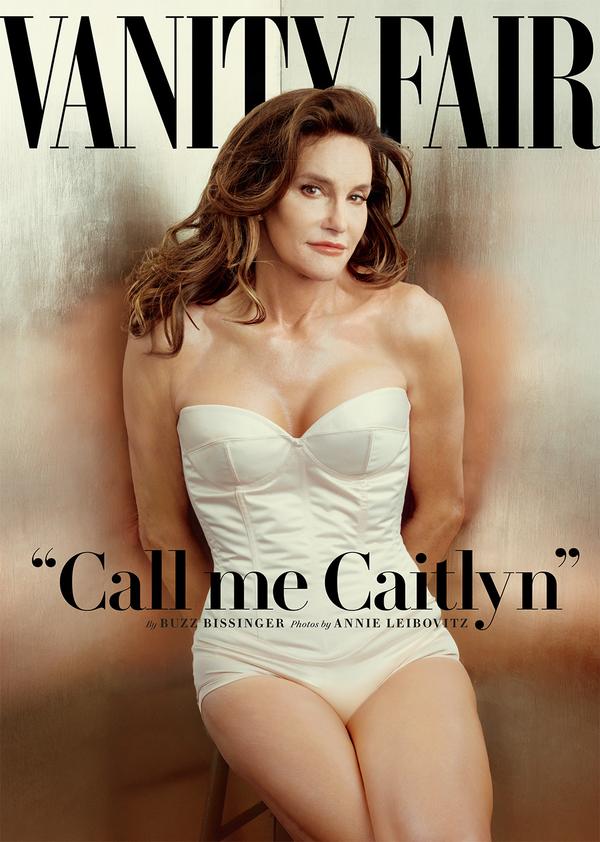 This is some weird shit.

Our good friend Angienc articulates what a lot of people (including me) are thinking:

It makes me sad. He is obviously unhappy and he thinks pretending to be a woman will make him happy.

Heck, I hope it does make him happy — But statistically, the chances that it will make him happy aren’t so great — suicides among trans is significantly higher than among non-trans. Nonetheless, I hope he is happy because I really don’t give a damn if men want to dress up as women or if women want to dress up like men. And I don’t care if they have surgery to enhance their fantasies. But it is a fantasy — if I thought I was really Napoleon, would the rest of the world indulge my delusion — or would they point out that the REALITY is that I’m not fucking Napoleon. Biology and genetics prove definitively that Bruce Jenner is NOT “really” a woman or that he was “meant” to be a woman or that he can ever ACTUALLY BE a woman. He’s male. Period. No make up, photo shop, wardrobe or operation is going to change his XY chromosomes.

Society is normalizing a mental disorder — the trans actor on Orange is the New Black; trans characters on soaps; Bruce Jenner Vanity Fair covers. Someone please explain to me how a 5 foot 7 inch woman who weighs 80 lbs who looks in the mirror & thinks she’s “fat” is any different from Bruce Jenner looking in the mirror and thinking he’s a woman.

Again — the guy seems sweet and he’s for sure a lost soul. I wish him well & maybe with all the media attention it will fill whatever it is he craves. But this uproarious “celebration” over his “transition” is bullshit.

What she said. If you don’t know what Angie is talking about, consider yourself fortunate and stop reading now.

Bruce Jenner is a 65 year old man. I was 16 when he became famous, but I only vaguely remember it because that year I had a driver’s licence and a perpetual boner and I had “other” priorities besides watching the Olympics. That was almost 40 years ago, but I still have the driver’s licence.

Bruce’s celebrity faded and many years ago he had been relegated to the status of “has-been” which meant he was only trotted out occasionally for nostalgia purposes. Still, it’s better to be a has-been than a never-was.

Way back when Bruce was still famous a former flight attendant named Kristen Mary Houghton married an entertainment lawyer named Robert Kardashian. They had four kids together. They split up shortly before he became semi-famous as a bit player in the OJ Simpson case. After Robert and Kristen split up she hooked up with Bruce Jenner and then she had two kids from him. All but one of her kids are girls.

Kristen’s second-oldest daughter (Kim) became a media celebrity when a sex tape of her and singer Ray J. was leaked. Shortly afterwards, for reasons I do not understand, a reality television show called “Keeping Up with the Kardashians” began airing on the “E” network. For reasons I do not understand, it became a hit. Bruce Jenner, as the husband of Kristen and the stepfather of the Kardashian sisters, became a recurring member of the cast, thus restoring his celebrity status.

I have never watched a single episode of “Keeping Up with the Kardashians” or any of the various spin-offs. I don’t read tabloids or watch tabloid television. But I live in this country and we soak up a certain amount of “pop culture” by osmosis. Right now Kim Kardashian-West is more famous than any politician in the country not named Obama, Clinton or Bush, and she could probably beat a few of those.

This is where the really weird shit starts.

Jenner was married for nearly 24 years to Kris Jenner (formerly Kardashian); the couple and their children appeared beginning in 2007 on the television reality series Keeping Up with the Kardashians. Following their divorce in 2015, Jenner came out in a television interview as a trans woman, initially preferring male pronouns until her transition was more complete.[3] In June 2015, Jenner revealed her new name, Caitlyn, and the official change to using female pronouns.[4] Many news sources have described Jenner as the most famous openly transgender person in the world.

Maybe someday medical science will be able to turn men into women and vice versa, but what is going on now is just a freak show. Or, to put it another way, what Angie said.

124 Responses to Angie Nails It!