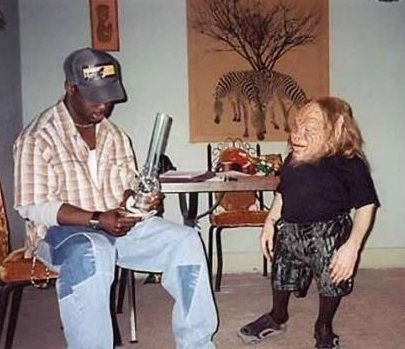 “What do you mean, ‘May cause side effects?'”

I’d love to hear Riverdaughter’s take on this:

As complaints grow about exorbitant drug prices, pharmaceutical companies are coming under pressure to disclose the development costs and profits of those medicines and the rationale for charging what they do.

So-called pharmaceutical cost transparency bills have been introduced in at least six state legislatures in the last year, aiming to make drug companies justify their prices, which are often attributed to high research and development costs.

“If a prescription drug demands an outrageous price tag, the public, insurers and federal, state and local governments should have access to the information that supposedly justifies the cost,” says the preamble of a bill introduced in the New York State Senate in May.

In an article being published Thursday, more than 100 prominent oncologists called for support of a grass-roots movement to stem the rapid increases of prices of cancer drugs, including by letting Medicare negotiate prices with pharmaceutical companies and letting patients import less expensive medicines from Canada.

“There is no relief in sight because drug companies keep challenging the market with even higher prices,” the doctors wrote in the journal Mayo Clinic Proceedings. “This raises the question of whether current pricing of cancer drugs is based on reasonable expectation of return on investment or whether it is based on what prices the market can bear.”

Pressure is mounting from elsewhere as well. The top Republican and Democrat on the United States Senate Finance Committee last year demanded detailed cost data from Gilead Sciences, whose hepatitis C drugs, which cost $1,000 a pill or more, have strained the budgets of state and federal health programs. The U.A.W. Retiree Medical Benefits Trust tried to make Gilead, Vertex Pharmaceuticals, Celgene and other companies report to their shareholders more about how they set prices and the risks to their businesses from resistance to high drug prices.

The trust cited the more than $300,000 per year price of Vertex’s cystic fibrosis drug Kalydeco and roughly $150,000 for Celgene’s cancer drug Revlimid.

Even former President Bill Clinton, in a speech to pharmaceutical executives in Philadelphia last month, said it would be in the industry’s best interest to say more about its costs and pricing.

The pharmaceutical industry has already had the veil lifted on various practices. Drug companies now have to report the payments, including meals and entertainment, that they make to doctors for research, consulting and giving promotional speeches. The companies have also had to disclose more results of their clinical trials and in some cases have started to provide raw data to outsiders.

It is unclear if cost and pricing will become the next such area. The state bills, which are supported by some health insurers and consumer groups, have not progressed. The two senators, Republican Charles E. Grassley of Iowa and Democrat Ron Wyden of Oregon, have not reported the results of their inquiry. And shareholders of Gilead, Vertex and Celgene voted down the resolutions proposed by the U.A.W. trust, though the trust says it reached settlements with Eli Lilly and with two other drug companies it would not identify.

The pharmaceutical and biotechnology industry trade groups say the transparency bills would be costly to comply with and would provide misleading information.

Even some people concerned about drug prices say that the cost to develop a particular drug has little to do with that drug’s price and that knowing such information will not keep prices down.

“The past R&D cost is really kind of a red herring,” said Len Nichols, a health care economist at George Mason University, referring to research and development. “The current revenue doesn’t pay for past R&D; it pays for current R&D.”

Prices for cancer drugs, some of which extend lives by only a couple of months, routinely exceed $100,000 a year, and some new ones exceed $150,000. And it is not unusual for the list prices of existing drugs to rise 10 percent or more year after year, far beyond the rate of inflation. The prices of older drugs for multiple sclerosis have risen from about $10,000 per year in the late 1990s to more than $60,000 now, according to a study, even as competition in the market has intensified with the introduction of new products.

“This raises the question of whether current pricing of cancer drugs is based on reasonable expectation of return on investment or whether it is based on what prices the market can bear.”

Heartless bastards! Trying to make a profit off sick people! What kind of system allows that heinous bullshit??

If you were sitting in a classroom or the Vatican the idea of making a profit off sick people would probably sound morally repugnant. It just feels wrong. Government should do something so that everyone has access to life-saving drugs. We can’t put a price on life!

A few years ago I would be right there with you (in the classroom, not the Vatican). Then I had an epiphany. Actually, I had a few of them, as reality began slapping me back and forth.

Is it just a coincidence that just as Obamacare was passed into law that the pharmaceutical industry in the United States began closing down their R&D departments?

It costs a lot of money and takes many years to develop new drugs and get them approved for market. That’s a big upfront investment, and a lot of times it doesn’t pan out. Even when a drug makes it onto the market you have to spend a lot more money getting people to use it. Insurance companies typically don’t want to pay for it.

Then when you finally start making a profit off your investment you get sued by people who claim your wonder drug made them sick or killed someone they love. If you lose in court you could be facing billions of dollars in settlements and/or jury awards.

So why on earth would anybody waste their money on drug research?

If I was dying of cancer I would want any drug that would cure me no matter what it cost. It would be really great if I could get an insurance company or the taxpayers to pay for it. Otherwise it would be unfair to let me die because I couldn’t afford to pay for a miracle drug.

However bad you think the pharmaceutical industry is now, just wait until you see what happens when the government “improves” it.