SET PHASERS TO KILL! SJWS BURN DOWN THE HUGO AWARDS TO PROVE HOW TOLERANT AND WELCOMING THEY ARE

At the seventy-third annual Worldcon science fiction convention on Saturday night, social justice warriors did their best impression of the nightmare firemen of Ray Bradbury’s classic Fahrenheit 451, choosing to burn down the Hugo Awards and damage science fiction instead of seeing works of heretical authors outside of their exclusive clique winning awards.

Earlier this year, Breitbart reported on the Sad Puppies and Rabid Puppies voting slates, which swept many major categories for the Hugo Awards, science fiction’s coveted fan-voted awards. This year’s Hugos were hotly anticipated: fans and industry insiders alike were curious to see if social justice could come together to act with the uniformity of thought of the Borg to overcome the Puppy’s nominations.

The Puppies slates have been characterised by some in the media as “raging white guys” upset that sci-fi is providing a home for more diverse voices. But a quick glance at the authors they actually chose for their slates shows this to be nonsense.

What the Puppies represent, say organisers, is the insistence of fans and many writers themselves that awards should be judged solely on quality, and not become backslapping circlejerks for social justice groupies and their favourite minority of the month.

That’s not just mud-slinging, by the way. The social justice tendency, here as elsewhere, is driven by anxious white middle-class bloggers and authors who turn their noses up at the tastes of the proletariat. They’d rather celebrate books about coming to terms with the disabled transgender experience than a good story about aliens and ray guns.

Sadly for them, they’re in the minority: Puppies authors tend to sell a lot more books, which supports the Puppies’ claim that all they’re fighting for is quality and popularity over well-meaning but boring identity politics. This class war of working-class fans and populist authors versus the PC liberal elites is perhaps the most intriguing aspect of the Hugo drama.

The social justice warrior onslaught was co-ordinated on the blog of Tor books editor Patrick Nielsen Hayden and his wife Teresa. Patrick and Teresa are, if you like, the Darth Vader and Emperor Palpatine of this space opera. Breitbart legal will not allow us to identify which one is which.

According to fiery gaming and sci fi pundit @Daddy_Warpig, the opposition to the Sad & Rabid Puppies slates took the form of encouraging voters to choose “no award” for an award category unless a work with appropriate politics was available. Taking it a step farther, many SJW zealots proved their commitment to tolerance, openness and variety by vowing not to read a work found on a Puppies slate under any circumstances.

Like the Deathstar’s visit to Alderaan, the results of Hugo Awards voting were ugly and unprecedented. 5 major categories including best novella and best short story went with “no award”. To put that in perspective, in the previous 60 years of Hugo Awards, a total of 5 “no awards” have been given previously.

Puppies supporters say that slew of “no award” wins this year can at least partially be attributed to the fact that SJW votes were concentrated on that choice, while Puppies votes were distributed between as many as four deserving authors. The “no award” results in the novella and short story categories are a particular slap in the face to ordinary fans, who remember the genre’s roots in short-form pulp magazine writing.

“I said the Hugos were dominated by cliques that cared more about an author’s identity and politics than the quality of their work,” Sad Puppies founder Larry Correia told Breitbart. “Tonight they proved me right.”

Vox Day, an author and publisher who assembled the Rabid Puppies slate, agreed. “The scorched earth strategy being pursued by the SJWs in science fiction is evidence that we hold the initiative and we are winning,” he said.

“The fact that the SJWs would rather give out no award rather than honor an influential editor like Toni Weisskopf of Baen Books or science fiction grandmaster John C. Wright demonstrates the extent to which science fiction has been politicized and degraded by their far-left politics.

“The SJWs will try to portray this as a victory – they would try to portray suicide by self-cannibalism as a victory – but anyone who knows anything about history understands the significance of one side resorting to burning down its own houses in order to deny it to the enemy. That is a defensive tactic borne of desperation.”

Don’t be deceived, this is war. Our culture is under attack, and if the SJW’s succeed they will control what we are allowed to read, watch, think and say. Science Fiction is just one battlefield.

As with any industry awards there is a certain amount of insider drama, with petty feuds and jealousy. Some writers and publishers will always be more popular and successful than others. But this is the first time the battle was over political correctness.

Science Fiction is a fairly narrow but prolific genre. Some of the best writers of the 20th Century were SF authors, like Heinlein, Asimov and A.C. Clarke. The world of SF authors and their fans has always had a reputation of being freewheeling and rowdy.

This is different. The SJW clique wants to impose ideological thought control. Last night they won a Pyrrhic victory, but the war continues. 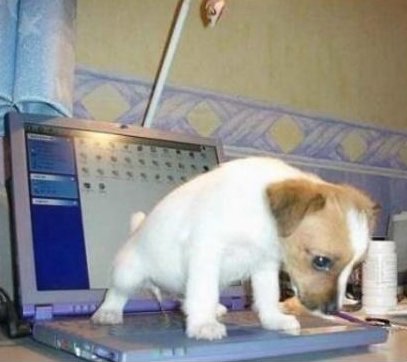