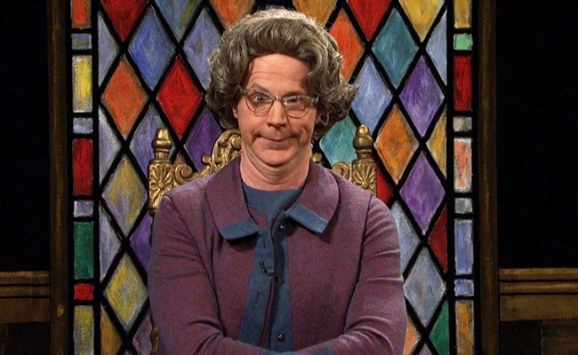 The fourth estate would like you to know that the cute little meeting that US Attorney General Loretta Lynch and former President Bill Clinton had earlier this week was just an informal huddle. And Attorney General Lynch (Harvard Law, ’84), had she to do it over again, would not do it. It was actually Former President Clinton (Yale Law, ’73) who approached her in on of his typical tarmac jaunts. Just an innocent mistake, of course, among two of America’s preeminently trained lawyers. I mean, they hardly even know anything about spousal privilege or ex parte communication, rite?

Furthermore, the fourth estate has this information on good authority from a source that is so very trusted, and they know this because this person, who’s so hush hush that even their gender cannot be identified, is someone from the other side. Yes, this person is the only person employed within the Obama administration whose politics are unknown by administration background checkers. This person is soooooo trustworthy that they confess they are conservative. Yet they are on the inside of Loretta Lynch’s or Bill Clinton’s security detail. Either that or else they are David Brock and lying about which decade this is. It is possible they are David Brock in drag, thus the pronoun secrecy, but that is speculation.

Furthermore, the fourth estate reports that just five days after this meeting between Attorney General Loretta Lynch, who coincidentally was appointed by Former President Bill Clinton as US Attorney General of the Eastern District of New York, and Former President Bill Clinton, Former First Lady and current Democratic Presidential Candidate Hillary Clinton (Yale Law, ’73), who not coincidentally is being investigated by the FBI for violations of federal law related to a private email server that she set up in her bathroom, will in fact be interviewed by the FBI.

This will happen on a Saturday during a long holiday weekend in which the nation will celebrate 240 years of Independence from Tyranny. The fourth estate wishes to acknowledge that, if you are paying attention during this time, Hillary Clinton’s use of a private server was really just innocent mistake for which she has already apologized.I mean really, let it rest.

You should not pay attention to the fact that President Barack Obama (Harvard Law, ’91) appointed Ms. Lynch as US Attorney General. Nor does it matter that Hillary Clinton was President Obama’s Secretary of State at the time she had a secret, private server installed in her bathroom. No attention should be paid to the fact that the FBI stands for Federal Bureau of Investigations, of which the US Attorney General is in charge, both of whom report to the President of the United States.

That said, you should be aware that Attorney General Loretta Lynch will accept the FBI recommendations in the Clinton probe. Upon review, of course, and if she wants to. Not that there will be any photos, pictures, or cell phones to prove it. There is really nothing to see here folks. This is a giant nothing-burger.