50 Years Ago Today – The Tet Offensive 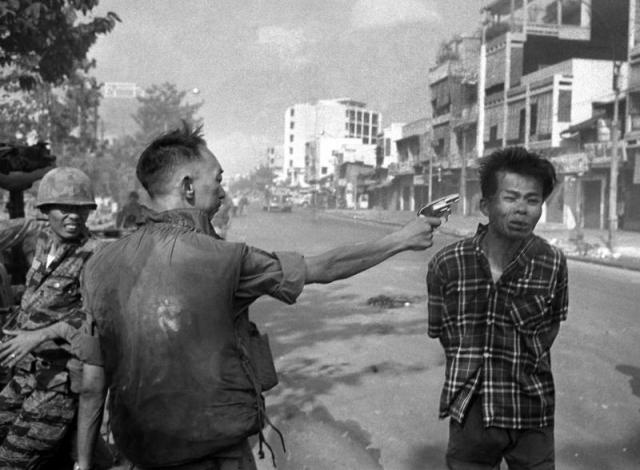 I was seven years old.

In late January, 1968, during the lunar new year (or “Tet”) holiday, North Vietnamese and communist Viet Cong forces launched a coordinated attack against a number of targets in South Vietnam. The U.S. and South Vietnamese militaries sustained heavy losses before finally repelling the communist assault. The Tet Offensive played an important role in weakening U.S. public support for the war in Vietnam.

Ho Chi Minh and leaders in Hanoi planned the Tet Offensive in the hopes of achieving a decisive victory that would end the grinding conflict that frustrated military leaders on both sides. A successful attack on major cities might force the United States to negotiate or perhaps even to withdraw. At the very least, the North Vietnamese hoped it would serve to stop the ongoing escalation of guerilla attacks and bombing in the North. Hanoi selected the Tet holiday to strike because it was traditionally a time of truce, and because Vietnamese traveling to spend the festival with their relatives provided cover for the movement of South Vietnamese National Liberation Forces (NLF) who supported the communist forces.

The first phase of the assault began on January 30 and 31, when NLF forces simultaneously attacked a number of targets, mostly populated areas and places with heavy U.S. troop presence. The strikes on the major cities of Huế and Saigon had a strong psychological impact, as they showed that the NLF troops were not as weak as the Johnson Administration had previously claimed. The NLF even managed to breach the outer walls of the U.S. Embassy in Saigon. Although the first phase of the offensive became the most famous, a second phase also launched simultaneous assaults on smaller cities and towns on May 4 and stretched into June. A third phase began in August and lasted six weeks. In the months that followed, U.S. and South Vietnamese forces retook the towns that the NLF had secured over the course of the offensive, but they incurred heavy military and civilian casualties in the process.

At the end of the Tet Offensive, both sides had endured losses, and both sides claimed victory. The U.S. and South Vietnamese military response almost completely eliminated the NLF forces and regained all of the lost territory. At the same time, the Tet Offensive weakened domestic support for the Johnson Administration as the vivid reporting on the Tet Offensive by the U.S. media made clear to the American public that an overall victory in Vietnam was not imminent.

The aftermath of Tet brought public discussions about de-escalation, but not before U.S. generals asked for additional troops for a wide-scale “accelerated pacification program.” Believing that the U.S. was in a position to defeat the North, these military leaders sought to press for a U.S.-South Vietnam offensive. Johnson and others, however, read the situation differently. Johnson announced that the bombing of North Vietnam would cease above the 20th parallel and placed a limit on U.S. troops in South Vietnam. Johnson also attempted to set parameters for peace talks, but it would be several more years before these came to fruition. Within the United States, protests against continued involvement in Vietnam intensified. On March 31, 1968, Johnson announced that he would not seek a second term as president. The job of finding a way out of Vietnam was left to the next U.S. president, Richard Nixon.

1968 was arguably the craziest year in American History. And it all started when hell broke loose during Tet.

In 1978-81 I served with some NCO’s who were there. One guy (an MP Sgt.) said he arrived in Vietnam two weeks before Tet. He had been about scared going to Vietnam but he was relieved when he was assigned to the MP unit in Saigon. He thought he would be safe.

174 Responses to 50 Years Ago Today – The Tet Offensive