Breaking! October surprise A, B, or C? 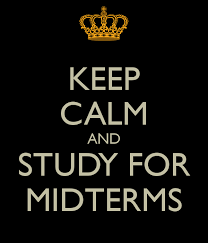 Explosive devices addressed to Hillary Clinton’s home and the house of former President Barack Obama were intercepted, and the Time Warner Center that is home to CNN in New York City was evacuated after a suspicious package was sent there, officials said.

Investigators are working to determine whether the two devices addressed to Clinton and Obama are connected to a pipe bomb found earlier this week in the home mailbox of billionaire George Soros near where the Clintons live in Chappaqua, New York, multiple law enforcement officials told ABC News.

The preliminary belief is that all three devices are of similar pipe-bomb-style construction.

The New York Police Department bomb squad was responding to the suspicious package inside the mail room of the Time Warner Center in Manhattan’s Columbus Circle.

So, what’s your initial reaction?

A. A leftist group has deliberately staged the crisis to garner sympathy for the left ahead of the midterm elections.

B. A radical Islamist lone wolf is targeting political leaders in the USA.

C. The Russians did it.

Add your conspiracy theories in this open thread.

139 Responses to Breaking! October surprise A, B, or C?