Angry Black Woman Is Angry That People Think She Is Angry 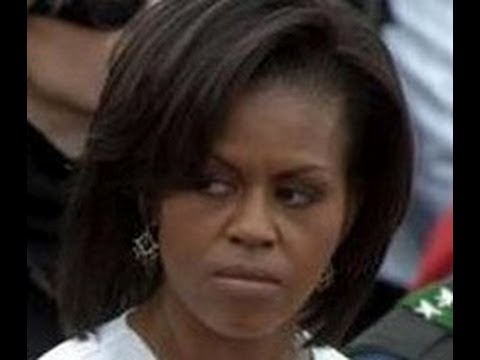 She is a fashion icon with wonderfully toned arms. She was our nation’s surrogate step-mother. She has two hips like battleships, one stays home while the other takes trips. And now, she is a published author.

“I Was An Angry Black Woman”

Michelle Obama has recalled having to rebuke the unwanted stereotype of being an ‘angry black woman’ during Barack Obama’s 2008 campaign trial, in an inspirational speech in Louisiana on Saturday.

The former First Lady was interviewed by Gayle King at the 25th Essence Music Festival in New Orleans, and brought up the label she knows all too well that many African American women have been plagued with.

Addressing the topic she felt compelled to write about in chapter 17 of her best-selling autobiography, Becoming, she told the audience at The Mercedes-Benz Superdome how she dealt with her rise from being a Chicago lawyer, to the worldwide fame that came with vicious opinions about her family.

‘It was important to tell that part of the story because they see me and Barack now, but they don’t know how many punches it took us to get there,’ Obama said about the memoir that set to become the most popular ever in the US and Canada.

‘People from all sides, Democrats and Republicans, tried to take me out by the knees. And the best way they could do it was to focus on the strength of the Black woman, so they turned that into a caricature’.

Mrs Obama added about being typecast before becoming loved around the world: ‘For a minute there, I was an angry black woman who was emasculating her husband.’

I would have gone with “I was an angry beard for my gay husband.”

The mother to Sasha and Malia Obama was the first black woman in the role during Barack’s two terms as POTUS.

It meant she had to work especially hard to prove herself as their administration made history.

In her chat that resonated with many other black females at the three-day festival, she explained: ‘I had to prove that not only was I smart and strategic, but I had to work harder than any First Lady in history.’

Michelle used a ghostwriter as part of her and the 44th President’s combined 2017 $65million publishing deal with Penguin Random House.

$65 million. That’s over $4 million a year each for 8 years. That’s $32.5 million for a book someone else wrote for her. And this bitch is still pissed off at America.

When asked what makes a good president, she joked that nobody listened to her the last time an election was coming around.

‘I talked about this in the last campaign but nobody listened,’ she laughed. ‘It’s a hard job y’all. This isn’t a joke, this isn’t a game – the leader of the free world with a tweet can start a war, can crush an economy, can change the future of our children.’

She added that qualities include ‘deep seriousness and focus’ and it requires ‘operating with a clear base of facts and ideas.’

‘Someone who is careful with their words, somebody is who is trustworthy, someone who is loyal and honest,’ she went on., adding: ‘I fear at times Barack made it look easy – I guess it’s kind of like if the black guy can do it, anybody can do it … and that’s not true. It’s a hard job.’

Despite the many of the responsibilities of the White House being off her shoulders now, when King asked ‘do you have any idea how much you are missed?’ Mrs Obama replied: ‘I miss us too’.

I don’t miss them. Not even a little bit. Besides, how can anyone miss them IF THEY WON’T FUCKING LEAVE?

If Jackie Robinson had been as bad at baseball as Mr. Mooch is at presidentin’ then they never would have let another black man play Major League Baseball.

“Integrate baseball? We tried that but it didn’t work.” 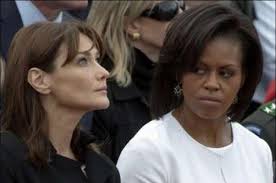