I Have Some Questions For The Witness

When I was younger I loved listening to Paul Harvey’s “The Rest of the Story.” It is amazing what one or two omitted facts can do to change your opinion of an event.

This is from USA Today:

MS-13 beat me up and threatened to kill me. Then the US government took my kids.

I crossed the border into the United States on March 13 in search of safety for myself and my sons, ages 4 and 10. We had fled for our lives from El Salvador, where MS-13 gang members had threatened to kill us. We turned ourselves in to the first Border Patrol officers we saw after crossing into Texas. They took us to a Border Patrol station, where I tried to explain that my sons and I needed protection. I could never have imagined immigration authorities would take my children away from me for seeking asylum.

The immigration officers told me that I was going to be taken to an immigration detention center. They said my sons could not come with me. I was given only five minutes to say goodbye. My babies started crying. It breaks my heart to remember my youngest wail, “Why do I have to leave? Mami, I want to stay with you!” My oldest was confused and did not understand what was happening.

Through my tears, I asked them to be brave and promised that we would be together again soon. I begged the woman who took my sons to keep them together. She promised that she would, and then left with my boys.

In El Salvador, gang members threatened me and threatened my children, too, saying they would take my 10-year-old son from me. I went to the authorities in El Salvador and requested protection, but they didn’t do anything.

Once, the gang members beat me in front of my children. After that, my older son was terrified that they would kill or kidnap me, and he never wanted to leave my side, even to go to the bathroom. He didn’t want to go to school, because he was afraid he would not find me when he came home. My 4-year-old slept in bed with me, and my 10-year-old slept in his own bed in the same room.

I feared not just for my safety but also for my children, so I did what I believe any responsible parent would do — tried to get them to safety. I have family in the United States, and they said they were willing to take us in.

Before we were separated, I had never spent a night away from my children. I asked to be released from immigration detention so I could be with my them, but when I had my immigration hearing, the government alleged that I had an affiliation with a gang. I tried to explain that I was in fact a victim of the gang. As I said in my sworn affidavit, “I have never been a part of or aided the gangs in El Salvador.”

Thankfully, people from all around the country donated money for my bond through a fund set up by the Refugee and Immigrant Center for Education and Legal Services in Texas. I was reunited with my sons on June 7, after we had been separated for almost three months.

I was so relieved and happy to hold my sons again. But I still think about other mothers who are sick with worry about their own children who were taken from them. I pray that people put themselves in my shoes and theirs, and think about how difficult it must be for mothers to be away from their children.

Jessika L. is part of a class-action lawsuit against Immigration and Customs Enforcement filed by the American Civil Liberties Union, which assisted her in writing this op-ed. She is using only part of her name in order to protect other family members. The account here is consistent with official documents, including her sworn affidavit in the ACLU case challenging family separation.

Hmmmm. So many questions, where to start. Let’s start at the beginning:

1. Where is the boys’ father? Or is it fathers? I see no mention of him/them.

2. Why did MS-13 threaten to kill you? According to House Speaker Nancy Pelosi, MS-13 gang members are “God’s children” with a spark of divinity.

4. How did you get from El Salvador to the Texas border? Did anyone provide you assistance?

5. Did anyone coach you on U.S. asylum laws prior to your entering our country? If so, what were you told?

6. Why didn’t you go to a crossing station to request asylum?

7. Why did you enter the country and then turn yourself in? Who advised you to do that?

8. Why didn’t you apply for asylum in Mexico?

9. Are your family members in the United States here legally?

11. Would you have done anything differently if you had known you would be temporarily separated from your sons?

12. What do you plan to do if your asylum claim is rejected?

That’s a dozen questions. I’m sure I can think of a few more, and possibly a lot more depending on her answers. I would like to know more about the allegation that she has MS-13 gang ties. What was the basis for that allegation? Her quote from her sworn statement was worded by a lawyer. That kind of careful wording always triggers my suspicion bone. (She sounds like Hillary Clinton.)

I realize we’re supposed to “believe all victims” but how do we know if someone is a victim or a liar until we do a little checking? I also realize that it sucks to have to live in a shithole country, but if we bring every resident of shithole countries to America then we’ll become a shithole country too.

We can call it “The New Manifest Destiny.” We can modify Emma Lazarus’ poem at the base of the Statue of Liberty:

“Keep your tired, your poor,
Your huddled masses yearning to breathe free,
The wretched refuse of your teeming shore.
We’ll come to you instead.”

*Polk was a Democrat 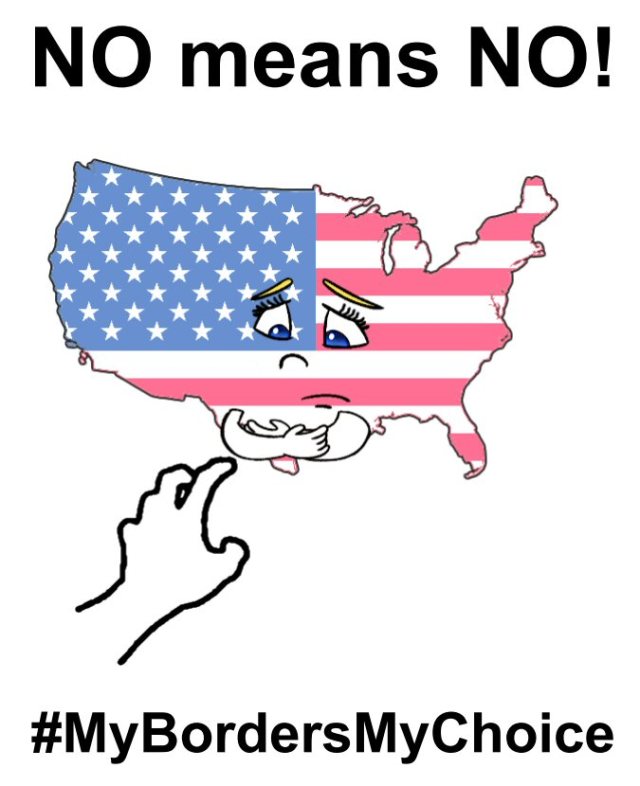 104 Responses to I Have Some Questions For The Witness