As Don Surber pointed out, today is Bastille Day.

Parisian revolutionaries and mutinous troops storm and dismantle the Bastille, a royal fortress and prison that had come to symbolize the tyranny of the Bourbon monarchs. This dramatic action signaled the beginning of the French Revolution, a decade of political turmoil and terror in which King Louis XVI was overthrown and tens of thousands of people, including the king and his wife Marie-Antoinette, were executed.

By the summer of 1789, France was moving quickly toward revolution. Bernard-René Jordan de Launay, the military governor of the Bastille, feared that his fortress would be a target for the revolutionaries and so requested reinforcements. On July 12, royal authorities transferred 250 barrels of gunpowder to the Bastille, and Launay brought his men into the massive fortress and raised its two drawbridges.

At dawn on July 14, a great crowd armed with muskets, swords, and various makeshift weapons began to gather around the Bastille. Launay’s men were able to hold the mob back, but as more and more Parisians were converging on the Bastille, Launay raised a white flag of surrender over the fortress. Launay and his men were taken into custody, the Bastille’s gunpowder and cannons were seized, and the seven prisoners were freed. Upon arriving at the Hotel de Ville, where Launay was to be arrested and tried by a revolutionary council, he was instead pulled away by a mob and murdered.

The capture of the Bastille symbolized the end of the ancien regime and provided the French revolutionary cause with an irresistible momentum. In 1792, the monarchy was abolished and Louis and his wife Marie-Antoinette were sent to the guillotine for treason in 1793.

In 1776 we declared our Independence from England, and France helped make it come true. 13 years later the French tried to stage their own little government reorganization but it didn’t work out so well for the French.

When anybody talks about starting a revolution, ask him/her if they are familiar with the French Revolution. America was very lucky. A religious person might see the hand of Divine Providence assisting us. Maybe so, but the Devil was in charge over in France. 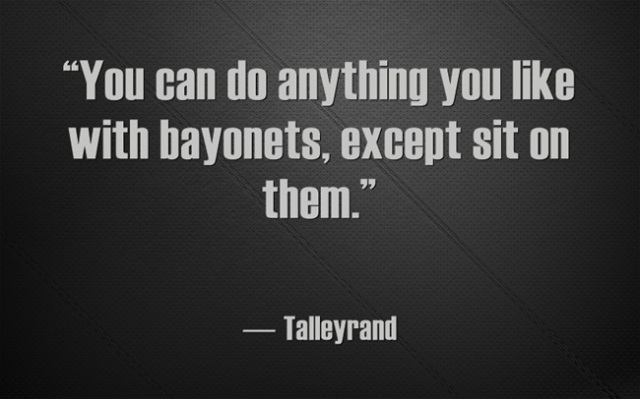