When You Come To America Leave Your Baggage Behind

My sity wanted to pick figs w/ me. I broke down reading this & worry every single day after I won for my family's safety. My cousin was texting me which photo of @IlhanMN & I they should put on a welcoming poster when I heard the news. I couldn't tell her.https://t.co/TneIQHwDgO

Here is the text from her follow-up tweets:

When I won, it gave the Palestinian people hope that someone will finally speak the truth about the inhumane conditions. I can’t allow the State of Israel to take away that light by humiliating me & use my love for my sity to bow down to their oppressive & racist policies.

Silencing me & treating me like a criminal is not what she wants for me. It would kill a piece of me. I have decided that visiting my grandmother under these oppressive conditions stands against everything I believe in–fighting against racism, oppression & injustice.

For those of you who have been in a coma this week, Rancida Tlabia and one of the other Sisters of Hate, Ilhan Omar, decided to spend their summer vacation stirring up trouble for one of America’s closest allies by using their status as US lawmakers to travel to Israel and engage in propaganda in support of Hamas, the quasi-governmental terrorist group that claims to represent the Palestinian people. Israel said the hell with that, you are personas non grata and are not welcome here.

This, of course, enraged the Left. How dare the sovereign nation of Israel refuse to admit two of our elected officials. Who do they think they are??

Rancida claimed she just wanted to see her poor 90-year-old granny one last time. So Israel told her she could apply to visit Israel if she agreed to keep the visit non-political. So Rancida made a request to visit and promised to behave, but then changed her mind when Israel approved her visit.

Here is a pic of Granny trying to lift her spirits by going shopping: 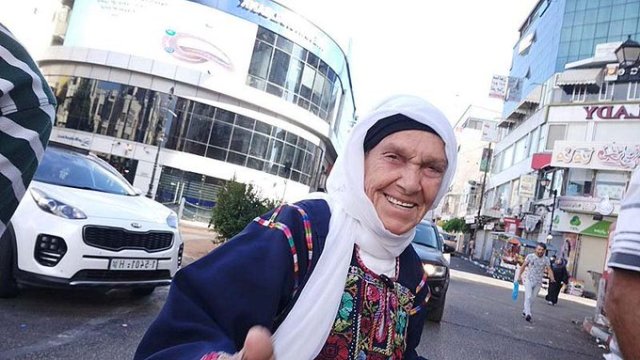 Here is Granny outside the refugee tent she has lived in since 1974: 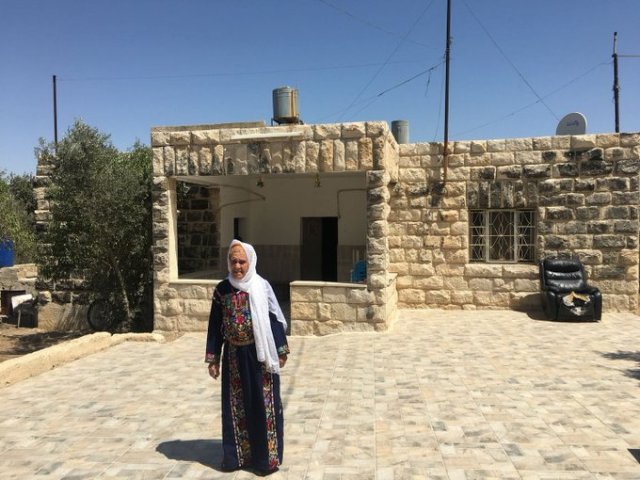 Is that a satellite dish on the roof?

Recently the Left was outraged by President Trump’s suggestion that if the Sisters of Hate are not happy living in America they should leave. This was, of course, deemed to be horribly racist. The Left pointed out that three of the four Sisters of Hate were born in America.

This is true. Rancida Tlabia was born in Detroit. Her parents are Palestinians from Israel who emigrated here.

When an immigrant becomes an American they are supposed to let go of their ancient tribal grudges and start fresh. At least that is the way it used to be. And yet here is Rancida, born and raised in America but carrying grudges from the past that belong to another land and another people.

I really do not care who my ancestors hated. As far as I am concerned, the Pilgrims and the settlers at Jamestown are my ancestors. I have blue eyes and pale skin, which indicates my genetic ancestry is predominantly from the northwestern part of Europe. My mom is a redhead with freckles which indicates some Scots-Irish heritage. But what all DNA I have and where it came from does not matter to me. I have no interest in the details because they don’t matter.

Somewhere in the past, my ancestors became Americans. They chose to be adopted into a new family. Any ancient baggage they had was thrown overboard before they got here. When they stepped foot on American soil with the intent to make America their home they were reborn into a tribe unlike any in human history. We are a tribe of adoptees.

When a child is adopted the government issues a new birth certificate showing the adoptive parents as mother and father. All legal connection to the biological parents is cut off. When Leo Soetoro adopted his wife’s son from a previous (bigamous) marriage, That child was given a new name. Barack Obama Jr. became Barry Soetoro. If Leo and Stanley Ann Soetoro had split up, Leo would have been on the hook for child support for little Barry.

At least that is the way it used to be. If we don’t go back to doing that we may not have an America much longer.