Melania-Hate Is Caused By TDS

One of the more bizarre developments in the past 4 years has been the poisonous hatred spewed for a First Lady who has done nothing to deserve it. Miranda Devine at the NY Post nails it:

A new book comparing Melania Trump and Michelle Obama has brought out predictable slaps against the current first lady from bullies who seek to attack the president through his family.

Pitting two women against each other just never gets old, does it?

“Melania & Michelle: First Ladies in a New Era,” by Tammy R. Vigil, is presented as a mere bipartisan assessment of the public images of both women.

But it thinly veils its criticism of one and its admiration of the other. No prizes for guessing who’s who.

Vigil, a Boston academic, notes that Melania “ranks among the least liked of all modern first ladies, [and her] professional life prepared her to serve more as a visual adornment.”

The afterword belatedly acknowledges that “pitting the two women against one another is a troublesome (though common) practice.”

But, hey, if it damages the Trumps, go for it.

The Daily News got the message about who is more impressive: “Michelle was a polished attorney and huge asset to Barack; Melania, a top model, is nearly invisible,” goes the headline promoting the book.

Vigil declares that Melania’s “difficulties” are exacerbated because she “followed a popular and competent first lady” in Michelle Obama.

After writing an entire book comparing the two first ladies — one only halfway through her first term with a wildly hostile media and the other who completed two terms — Vigil concedes that “directly contrasting these women is fraught with challenges.”

There is a good reason Melania, 49, might be “aloof” with the media, and that is because the attacks on her are more vicious, personal and unrelenting than any first lady has endured.

Whatever you think of her husband, you can’t say she has behaved with anything but dignity in her role, despite ugly provocations, which include attacks on her young son, Barron.

When it comes to the former Ms. Knauss, there are no boundaries to bullying at all.

Her Christmas decorations have been pilloried, her accent mocked. She has been depicted as a victim of domestic abuse.

When she visited a hospital after the El Paso massacre and cradled an orphaned baby with a smile, she was slammed for insensitivity.

When she recited the Lord’s Prayer at one of Trump’s rallies, she was branded a “whore.”

Just last week, an entire story ran in Newsweek claiming President Trump had called her to his side like a dog, with three taps on his thigh.

Clearly, since the president has proven impervious to abuse, his enemies want to get at him through his wife.

Melania is right to regard herself as one of the “most bullied people in the world,” as she once told CNN.

There is nothing she can do right in the eyes of media gatekeepers.

Despite her exquisite style and promotion of American brands, she has been snubbed by fashion’s elite. Vogue editor Anna Wintour recently dissed her by pointedly praising Michelle Obama’s style when asked about Melania.

Does she deserve no respect because of the man she married?

The Left hates Melania Trump for several reasons, with the fact that she is married to President Donald Trump probably the chief reason. But they also hate her because she gives proof to a lie they have been telling us for the past decade. 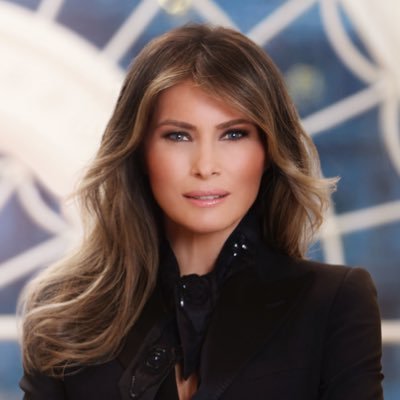 Michelle Obama is not competent, accomplished, nor popular. She most especially is not a fashion icon, unless she is an icon for what not to wear. But the media have been insisting otherwise. I have to wonder, are they trying to convince us, or themselves?

Yes, Michelle Obama went to an Ivy League school for her undergrad degree (Sociology, with a minor in African-American Studies) and another for her law degree. But she didn’t exactly set the world on fire as a lawyer. Wikipedia:

Following law school, Obama became an associate at the Chicago office of the law firm Sidley & Austin, where she met her future husband Barack. At the firm, she worked on marketing and intellectual property law.[4] She continues to hold her law license, but as she no longer needs it for her work, she has kept it on a voluntary inactive status since 1993.[74][75]

In 1991, she held public sector positions in the Chicago city government as an Assistant to the Mayor, and as Assistant Commissioner of Planning and Development. In 1993, she became Executive Director for the Chicago office of Public Allies, a non-profit organization encouraging young people to work on social issues in nonprofit groups and government agencies.[26] She worked there nearly four years and set fundraising records for the organization that still stood 12 years after she left.[20] Obama later said that she had never been happier in her life prior to working “to build Public Allies”.[76]

She continued to hold the University of Chicago Hospitals position during the primary campaign of 2008, but cut back to part-time in order to spend time with her daughters as well as work for her husband’s election.[79] She subsequently took a leave of absence from her job.[80]

According to the couple’s 2006 income tax return, her salary was $273,618 from the University of Chicago Hospitals, while her husband had a salary of $157,082 from the United States Senate. The Obamas’ total income was $991,296, which included $51,200 she earned as a member of the board of directors of TreeHouse Foods, and investments and royalties from his books.[81]

Obama served as a salaried board member of TreeHouse Foods, Inc. (NYSE: THS),[82] a major Wal-Mart supplier from shortly after her husband was seated in the Senate until she cut ties shortly after her husband announced his candidacy for the presidency; he criticized Wal-Mart labor policies at an AFL-CIO forum in Trenton, New Jersey, on May 14, 2007.[83] She also served on the board of directors of the Chicago Council on Global Affairs.

I have news for you: Nobody goes to law school so they can specialize in intellectual property.

Read between the lines and you see a young female attorney who, after working a few years as a lowly associate in a boring area of law, left the legal field for a succession of politically-connected jobs. How do I know the jobs were politically connected?

She worked in Chicago. Everything in Chicago is politically-connected. If you want a job with the city or county government it helps to have relatives and/or friends on the inside. Oh, you can get hired for lower-level jobs strictly on merit, but unless you want to stay at the bottom you better start making the right kind of friends. And you better pay your union dues without complaining. You also better register as a Democrat.

If you want to bribe some government official these days you can’t just hand him a bag of cash.
What you can do is either hire his wife or girlfriend (or both) or get her hired at some cushy job they mostly won’t even have to show up for. Michelle’s job at the hospital? It was created for her when Barack became a US Senator. And after she quit, they eliminated the position.

It was mostly good times for Michelle until Barack got to Washington D.C. She had two girls, but she had to go the test tube route because Barack couldn’t or wouldn’t knock her up the old fashioned way. And Barack’s political aspirations required her to rub elbows with rich white people, which reminded her of when she went to college. But the money was good, and they spent it as fast as they made it.

When Barack arrived in Chicago’s South Side he was not welcomed with open arms by the black residents. They were leery of him because he was a fish out of water in that place. He’s not “black,” he’s biracial, and he was raised a long way from a black inner-city neighborhood. His father was African, but from a different part of Africa than the part where most slaves were taken from. He was raised in Hawaii and Indonesia, and he went to a fancy prep school. Worst of all, he only dated white women.

Barack was advised to join a black church to help establish his bona fides, so he joined Trinity UCC and made Rev. Jeremiah Wright his mentor. But Barack’s political ambitions required him to get married to a black woman. (Some people believe he needed a beard as well.) He thought Michelle Robinson was perfect. She was a lawyer who had authentic roots in Chicago’s black community. And she was pushing 30 without even a serious boyfriend. So he married her.

Ten years later his advisors were telling him the bad news: voters didn’t like her. She was a large, angry, black woman. She not only has Resting Bitch Face, she has a scowl that would make a Marine flinch. She was in desperate need of a makeover. Some people claim she had some “work done” but she definitely had her personality adjusted. She learned how to project warmth and friendliness. Most of all, she trained herself to smile in public.

Back in 2007, the Obama campaign was reluctant to put Michelle in the spotlight. She was mostly relegated to campaigning in black churches. But when Obama became the frontrunner she started to get more attention. That is when the media came to the rescue. First of all, they circled their wagons and declared that any criticism of Michelle Obama was racist. Then they also started pushing the line about her being an accomplished attorney, a working mom, and a beauty queen.

The fashion industry joined in. Michelle became a regular on the cover of fashion magazines. They gushed about her toned arms and ignored her humongous derriere. And they kept it up for over a decade. Then Karma struck.

Melania Trump is a literal beauty queen. She is a former supermodel. She speaks 5 or 6 languages and exudes grace, elegance, and class. She is so regal in her manner and bearing that she makes Cersei Lannister look like a trailer trash hillbilly. My favorite moment from Trump’s inauguration was Bill Clinton getting the stink-eye from Hillary while he ogled Melania.

If you are a woman who is insecure about her appearance the last place you want to be is standing next to Melania Trump. And if you are a feminist or a Leftist Obama fanboi, you hate Melania Trump because she is beautiful.

176 Responses to Melania-Hate Is Caused By TDS