NBC Debunks Hunter Biden Dossier That Nobody Ever Read 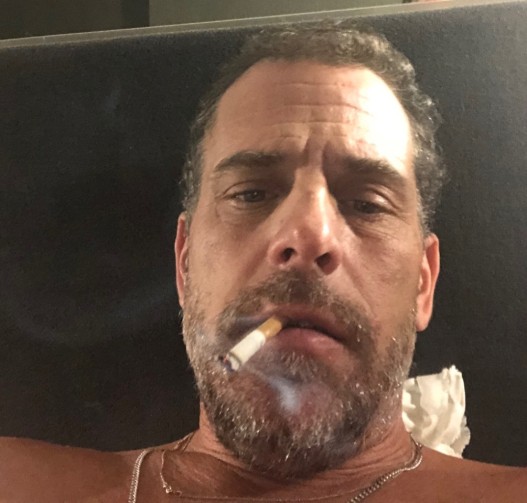 One month before a purported leak of files from Hunter Biden’s laptop, a fake “intelligence” document about him went viral on the right-wing internet, asserting an elaborate conspiracy theory involving former Vice President Joe Biden’s son and business in China.

The document, a 64-page composition that was later disseminated by close associates of President Donald Trump, appears to be the work of a fake “intelligence firm” called Typhoon Investigations, according to researchers and public documents.

The author of the document, a self-identified Swiss security analyst named Martin Aspen, is a fabricated identity, according to analysis by disinformation researchers, who also concluded that Aspen’s profile picture was created with an artificial intelligence face generator. The intelligence firm that Aspen lists as his previous employer said that no one by that name had ever worked for the company and that no one by that name lives in Switzerland, according to public records and social media searches.

One of the original posters of the document, a blogger and professor named Christopher Balding, took credit for writing parts of it when asked about it and said Aspen does not exist.

Despite the document’s questionable authorship and anonymous sourcing, its claims that Hunter Biden has a problematic connection to the Communist Party of China have been used by people who oppose the Chinese government, as well as by far-right influencers, to baselessly accuse candidate Joe Biden of being beholden to the Chinese government.

The document and its spread have become part of a wider effort to smear Hunter Biden and weaken Joe Biden’s presidential campaign, which moved from the fringes of the internet to more mainstream conservative news outlets.

An unverified leak of documents — including salacious pictures from what President Donald Trump’s personal attorney Rudy Giuliani and a Delaware Apple repair store owner claimed to be Hunter Biden’s hard drive — were published in the New York Post on Oct. 14. Associates close to Trump, including Giuliani and former White House chief strategist Steve Bannon, have promised more blockbuster leaks and secrets, which have yet to materialize.

The fake intelligence document, however, preceded the leak by months, and it helped lay the groundwork among right-wing media for what would become a failed October surprise: a viral pile-on of conspiracy theories about Hunter Biden.

The first thing that jumped out at me was that the authors don’t debunk anything in the dossier. I don’t know what’s in the dossier, but there is nothing in the article debunking it. It’s all about who wrote it, and trying to connect some dots that aren’t connected.

But connecting those dots is the whole point. The message is: “The Hunter Biden Dossier was fake, therefore Hunter Biden’s laptop is fake too.”

I don’t think it’s gonna fly. People are waking up from being woke. They are looking at burned-out sections of their cities and they are realizing that George Floyd on his best day was not worth 1% of that destruction. And as horrific as that video of his death is, what those cops were doing is not what killed George Floyd. Floyd died from congestive heart failure caused by an overdose of Fentanyl.

I would not need to know a single thing about Hunter Biden to know he is guilty as sin. All I have to do is lookl at how the media is acting. The Biden’s aren’t talking and the media is circling their wagons around them. The news media is conciously ignoring the laptop story. When they mention it at all, it is in the context of dismissing it as fake. Guilty! Guilty! Guilty!

A constant question these days is whether the media believes the bullshit they are spreading. They know it’s bullshit. Here is the big tell: If they really believed that the laptop was fake they would be clamoring for Hunter to say so. They wouldn’t challenge or cross-examine him – they would just ask, “Is the laptop fake?” and Hunter would look into the camera and say “Yes” and that would be it. But they didn’t do that.

They probably don’t realize it, but Ben and Brandy are preparing the ground for the official media epitaph for the 2020 election: “Trump won in 2016 thanks to Russian Collusion. He got reelected thanks to Russian ‘disinformation.'”